The sound of organs in our worship tradition

A new organ, by the master organ maker, Bernard Aubertin, was inaugurated in the Auditoire in 2014.  In 2006, the Aberdeen University Senatus Academicus in Scotland conferred him Doctor Honoris Causa for the excellence of his work in Aberdeen, and for his organs in general. He is the very first organ builder to be afforded this title by a British University. 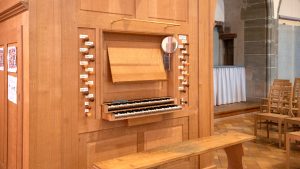 Also in 2006, he became Knight of Legion of Honour for his promotion of French culture abroad.

You can find more details about our organ if you open this brochure link. 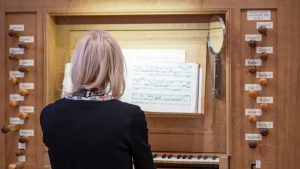