Dr Graeme A Clugston (an Elder) and his Nepalese wife Meena, are respectively the Medical Director and Nursing Standards Officer at the Lalgadh hospital hence our close relationship.

Their latest Newsletter can be viewed here:  https://drive.google.com/file/d/1C-mvz5Jmp-CzjDwbhZNdih1h3K5gtFd8/view?usp=sharing

One of the world’s busiest leprosy hospitals

Lalgadh Hospital, in south-eastern Nepal, is (sadly) one of the world’s busiest leprosy hospitals, as well as a major general hospital. The hot, damp climate of the area makes it one of the world’s hot-spots for leprosy, a viral disease that has been eradicated in most countries. 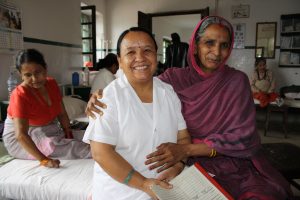 NLT is a Christian foundation, in a mainly Hindu area, of a largely Buddhist country. It welcomes and treats patients from the north-eastern states of India, as well as from Nepal. Leprosy patients are treated free, while others have to pay fees for treatment, but at lower rates than in Government hospitals.

One of our Elders, a medical doctor, is the Medical Director of the hospital. Together with his Nepalese wife, who is Nursing Standards Officer, they have built up the work of the hospital. Now it is known as the major centre in the area not only for leprosy treatment but also for compassionate care, outreach to isolated villages and Christian love. 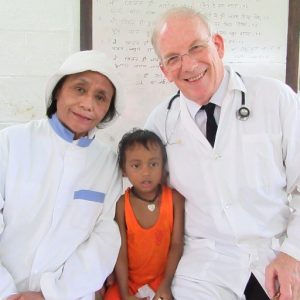 This is a caption

We have supported Lalgadh for many years now. Among other things, we have helped to create a new Children’s Centre where young patients can be treated and where their families can also stay. We also gave substantial additional support for outreach and reconstruction work following the disastrous earthquake of 2015.

Our support for both our Mission projects come through free-will giving and many concerts in the Auditoire, throughout the year, in which the retiring offerings are equitably split